The idea of traveling long term in a RV was born out of an amazing month long journey to both major islands of New Zealand back in 2013. A few friends and I rented a large posh (for NZ standards) Class C RV figuring this would be the best way to see the country in such a short time. Sure, we could have taken guided tours a lot cheaper but we wanted to be on our own schedule and do things our own way. As expensive as renting the RV was, it was worth every penny as we were able to visit nearly every major town and attraction on both islands. We went hot air ballooning, white water rafting, visited the Weta Workshop, carved bone necklaces, explored the glow worm caves, and of course took the Lord Of The Rings tour which ended with micro brews at the Green Dragon Inn. It was literally an adventure of a lifetime!

The flight back to the States wasn’t even over yet and I had already started experiencing post vacation depression. However, this was the worst case of it I ever had. I left myself one day to unpack before returning to my dreary office job. It was the last thing in the world I wanted to do. I was so stressed out about going back to work that I ended up drinking myself to sleep and paying for it dearly the next day. I didn’t have a solution except to just suck it up like everyone else does and go back to the daily slog. The only light at the end of the tunnel was that maybe in a few more years I could afford to travel like that again. See, it wasn’t just about the money, but it was incredibly difficult to take my vacations in large chunks. I was the only person in the office that could do my job, and only because I put in a year in advance for that time off was it even possible.

Fast forward to the end of 2013. Depression was gripping me hard. My musical group had called it quits, ending some long term friendships. To try to make myself feel better I had bought a brand new sports car with payments that could get you a rental apartment in some cities.

2014 was the year of autopilot. I did what I was supposed to do, and tried to focus on my career. I had just been promoted at work to run the entire office and earlier in the year had the stressful task of physically downsizing and moving us into a new suite. The company wasn’t making money, but they were no longer losing any thanks to my efforts to cut costs. I ended up making some big changes to our bottom line and really thought things were going to turn around financially.

The year 2015 was the year I finally figured out that if I don’t make some major changes in my life that I would never shake off the bad mojo. Things were moving in the right direction as I started dating an old college sweetheart, but there were serious barriers we had to conquer to make it work. I started watching a lot of YouTube channels about RV and van life. I binge watched Nomadic Fanatic (since he was a single guy with a cat), and got into Technomadia as well as Bob Wells & Jamie Dimon’s “Enigmatic Nomadics” channel.

The biggest barrier to full time mobile living was that the owner of my company was hard set against telecommuting. At the end of 2015, my boss had told me to go ahead and write up a telecommute policy and he would approach the owner. Most of us at the time were dealing with long, painful commutes and I had already upgraded the office network to be remote-ready. We had several full time remote employees on the books so the only barrier to entry was the owner’s fear. The boss told me to expect another big performance based raise for all I did in 2015 to save the company — to be paid out after the 2016 new year.

On came 2016 in its full glory. After an extended holiday vacation I went back to work as usual, but instead of sugar plums dancing in my head it was RV’s and the seduction of travel. The day after the Martin Luther King holiday, my boss took a flight from company headquarters to my office for a suprise visit. With little fanfare, he handed me my walking papers and my last paycheck. I had just started my 16th year of service with the company. I didn’t get severance or a pension of any kind. Just a pat on the back and an “I’m sorry. Good luck”. That same day a few others were let go. The most senior was with the company over 30 years. I never did get the promised “big raise”. In one fell swoop I had lost all taste for the corporate world.

I spent the first months soaking up my newfound freedom. Then I started updating and posting resumes, and doing all the stuff you’re supposed to do when looking for a new office gig. My heart just wasn’t in it. I couldn’t imagine going back into a 50 hour work week and swinging a keyboard for the rest of my life just to be thrown out with the trash in the end. It seemed so damn trivial. I job hunted and interviewed during the day while binging on YouTube and RV ads at night. In May, I had sold my prized sports car to a dealer on a buy back special that actually helped put some money back in my pocket while getting me out of my crazy payments.

During the summer, I became gravely ill and was bed ridden for several weeks. I spent a lot of time thinking since the pain was too great to do anything else. I started reminiscing back to that New Zealand trip, and how I spent an entire month on the other side of the planet living out of a suitcase. I didn’t want for anything during that trip so what was the big hold back? What if I could make it two months, or three? What if I could just up and move to New Zealand for a fresh start? Well, I did my research and it’s quite difficult to become a full time resident so that was out of the question. There had to be another way.

After my illness, I started to get really serious about the idea of traveling full time. Mobile Internet was now coming to fruition and there were endless options in the used RV market. I started poking around on RV Trader and Craigslist looking at huge road monsters like 40 foot bus conversions and Class A coaches. Even the largest beasts would still require me to get rid of at least half of my belongings, and I still had another car to deal with.

In October 2016, I had finally had enough of the “L.A. nonsense”. I had spent time with recruiters all over town reviewing jobs I qualified for that all required 2 hour or longer commutes. I couldn’t afford to move any closer. I wasted hours of time preparing for interviews at companies I couldn’t relate to. I nearly had a gig at a great place on the beach when at the last minute the rug was pulled out from under me because I didn’t have a MBA degree (only 20 years of real-world experience). I made my first vlog style video ranting about my frustration with the process. I didn’t know if I would ever post it anywhere. Doing a YouTube channel was pretty far from my mind.

In November, I had started making a serious effort to locate a camper van style Class B RV. I had decided the best path for me was to sell everything I own, go minimalist, and live full time on the road. I was watching my savings deplete dramatically with every house, car, and utility payment I made. I could either take what I had left and buy a home on wheels, or I could stretch it one more year at the house — forcing me to take an insanely long commute job. I already had lost every reason to stay. Most of my friends already moved out of state. Los Angeles real estate was soaring along with taxes, traffic, pollution, and population. It was time to go.

In December, I was lucky enough to find a local 1995 Roadtrek 190 Popular on Craigslist being sold by the owner due to medical issues. I started selling everything I owned immediately. I began documenting the drama through video thinking that if I was going to live on the road that I’d probably want to start a channel eventually. It was all those YouTube channels that encouraged me to think outside of the box and the best way I could pay it forward was to produce content about my own journey to freedom.

The rest is history! If you would like to watch the entire story unfold from here you can hit the button below and follow the journey from the very beginning. 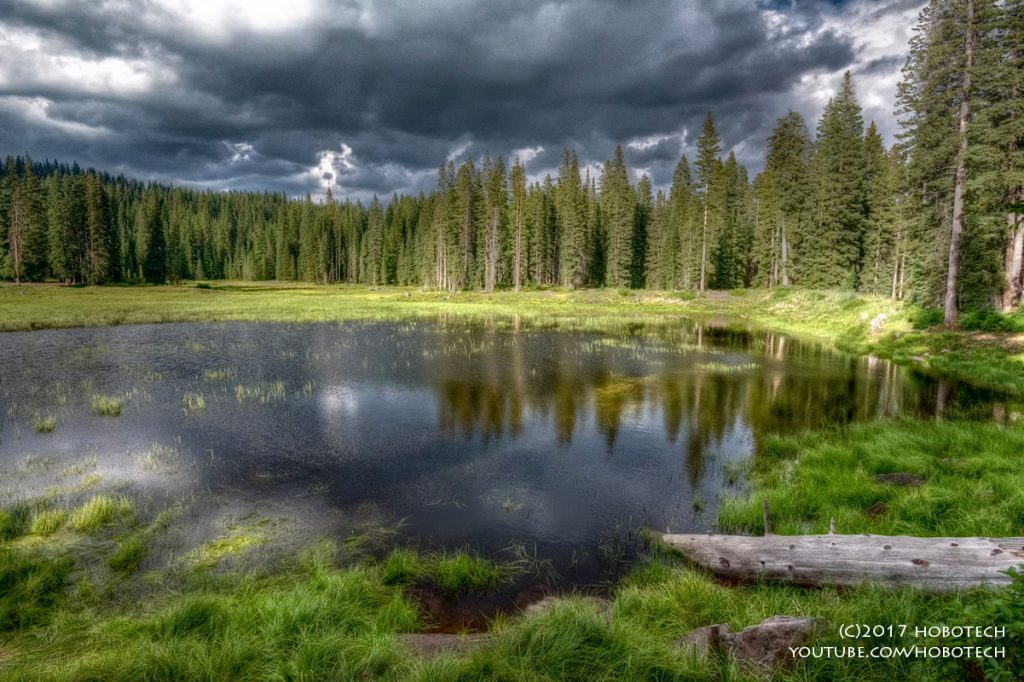